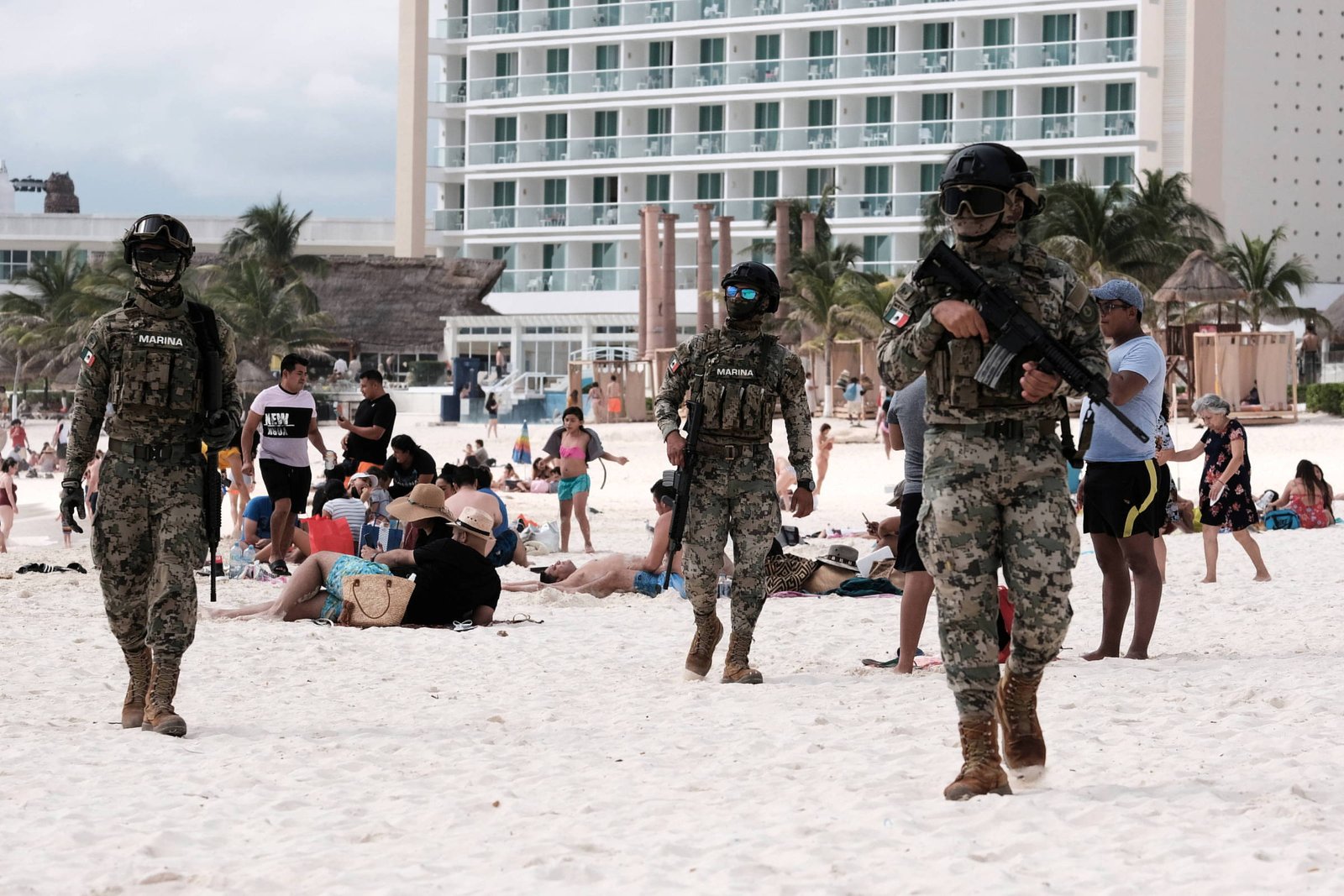 There are several cartels in Cancun right now. All these Cancun cartels are operating to control the economy of the area. They do this in many ways. Their main way is by laundering money at establishments they own. Many tourists are afraid of running into the cartels during a vacation in Cancun. However, the tourist areas are mostly safe, thanks to the local authorities.

The Cartels in Cancun

There are a few main cartels in Cancun. We have listed them here, so you are aware of who they are and what they are capable of. Most of these Cancun cartels focus on extortion and drug trafficking. But they can be dangerous and capable of so much more. This is why you should do everything you can to avoid them when you are on vacation in Cancun.

The Golfo Cartel is a drug trafficking cartel in Cancun. Their home base is in Matamoros, Tamaulipas. And they are one of the oldest organized cartels in Mexico. They have an international network, which makes them even more dangerous.

Some of Golfo Cartel’s known operations include assassinations, kidnappings, extortions, and protection rackets. This is in addition to drug trafficking. This Cancun cartel is obviously very violent. And they can be quite intimidating.

The founder of the Golfo Cartel was Juan Nepomuceno Guerra. He began the cartel to smuggle alcohol into the US during Prohibition. Heroin, cocaine, marijuana, and methamphetamines followed once Juan Garcia Abrego took over control of the cartel.

Abrego was placed on the FBI’s Top Ten Most Wanted List in 1995. He was the first drug trafficker to be on the list. He was arrested the following year and convicted on twenty-two different counts. After his arrest, multiple top leaders within the organization fought to gain control.

A new Cancun cartel, Los Zetas, was formed years later. These two cartels combined to create a massive drug trafficking ring. All was well until the current Golfo Cartel boss at the time, Osiel Cardenas Guillen, was arrested and then extradited. Los Zetas then began to branch out on their own. There were then two unique drug trafficking cartels in Cancun instead of one massive cartel.

Both cartels still had the same goal in mind. They both wanted to have complete control of the drugs and money in Mexico.

The Jalisco New Generation Cartel is also known as CJNG. It used to be called Los Mata Zetas, which shouldn’t be confused with the Los Zetas of the Golfo Cartel. The head of this Cancun cartel is NemesioOseguera Cervantes, or ‘El Mencho’. He is one of the most wanted drug lords in the entire world.

CJNG is mostly known for drug trafficking and stealing crude oil. They are currently the second most powerful drug cartel in Mexico.

It is thought that this cartel in Cancun has more than one hundred methamphetamine labs throughout the country of Mexico. This group is also responsible for numerous massacres over the years.

Turmoil could be approaching this cartel in Cancun. Cervantes’s wife, Rosalinda Gonzalez Valencia was arrested towards the end of 2021. She was in charge of the finances for the cartel, as well as their money laundering operation. It was discovered that she comes from a drug trafficking family. She also was instrumental in starting the Jalisco New Generation Cartel.

The Los Rojos Cartel was formed by the former leader, Osiel Cardenas Guillen, of the Golfo Cartel. This Cancun cartel was formed back in the 1990s. Los Rojos is based in Reynosa, but that hasn’t stopped this cartel from being active in Cancun.

There are other cartels in Cancun that have been started by Guillen. You could say Los Rojos’ sister-cartels are Los Metros and Los Lobos. They are located in Matamoros and Laredo, respectively.

Many of the major leaders of this Cancun cartel have been arrested in recent years. While authorities state that this cartel has been practically dismantled completely, that might not be totally true.

It is said that Juan Mejia Gonzalez is the current leader. The cartel is trying to make a comeback and compete with their rival cartels.

The Dona Lety Cartel has been linked to the Sinaloa Cartel. That cartel used to be led by Joaquin ‘El Chapo’ Guzman. He is currently serving jail time in the US.

For a while, no one really knew who was in charge of the Dona Lety Cartel. All anyone knew was this cartel was an organized crime group who targeted resort areas in Cancun and Playa del Carmen. Eventually, it was discovered that Leticia Rodriguez Lara, or ‘La 40’, was in charge.

Lara was a former federal police officer, as well as an agent with the Attorney General’s office in Mexico. Under her guidance, the Dona Leta Cartel was known to extort bars and restaurants for money, as well as make drug sales.

Lara was arrested in 2017 and the court ruled in 2018 that she must stand trial for the organized crime charges brought against her. Her son was arrested at the same time and charged, as well. She was finally sentenced to twenty-two years in a US prison in 2021. Her sentencing came after her two sons were murdered. It is believed they were killed to warn Lara not to cooperate with US prosecutors.

These are the major cartels in Cancun. There are others, but many of them are falling under the radar. There are many reasons for that, but the main reason is these main cartels are simply too powerful. So, while others are trying to make a name for themselves, they are failing quickly. During your vacation in Cancun, you will want to avoid unfamiliar territories. This will ensure you do not run into one of the cartels in Cancun. You may still hear rumblings about the Cancun cartels during your stay. Especially if you dine in one of the restaurants in Cancun. You can easily check out the government’s website to see how active the cartels are prior to your trip. Those websites are also an excellent place to learn tips for avoiding the cartels during your visit.

Learn More About LoranoCarter and His Sculptural Works